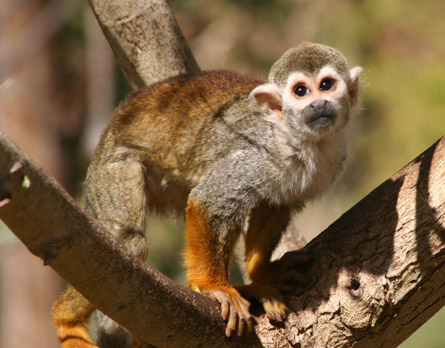 It’s getting hotter: The average temperature on Earth has been rising for more than 200 years. And  the steepest climbs have been in recent times. When our planet adjusts like this, so does everything that lives on it. In a new study, scientists from the University of Washington in Seattle set out to investigate how 493 different kinds of mammals might respond to Earth’s warming climate.

The researchers came back with grim news. Many mammals in the Western Hemisphere, which includes North and South America, could face serious problems. (Mammals include animals like dogs, cats, rodents, goats, monkeys and humans. They’re warm-blooded, have hair or fur and usually nurse their young.)

Until now, many biologists had assumed that if the environment of some creature became uncomfortable, the animal would move. It would go to somewhere similar to its preferred habitat — if such habitats were out there. But for their new study, the scientists examined how likely it was that a species would be able to move to a better site. For instance, was there a mountain or a city the size of Chicago blocking its path? Or would a relocation require tiny mice to travel hundreds of miles within a short number of years?

Animals that live in parts of the Amazon rain forest may be particularly hard-hit: Nearly half of the mammal species there may not be able to relocate fast enough to keep up with the changing climate of their habitat. 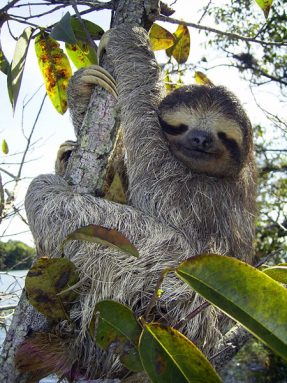 If species can’t move to a new locale, “they’re going to go extinct. That’s the bottom line,” Nina Hewitt told Science News. She’s a geographer at York University in Toronto. There, she studies how plants and animals might respond to climate change. She was not involved in the new work.

Mammals tend to be homebodies: They don’t usually move until they’re ready to have offspring. In the new study, the scientists estimated how far each type of mammal would be able to move to make a new home. They also used 10 different computer programs to evaluate how the climate would likely change between now and the year 2100. The scientists then compared the possible speed of the mammals’ movements with the rate at which their environments would change.

Monkeys, shrews and moles would fare the worst, the researchers reported. In contrast, armadillos, anteaters and sloths will be able to fare well. In any given place in the Western Hemisphere, about 9 out of every 100 mammal species could be left homeless within this century by climate change.

Of course, the study didn’t look at every possible scenario. Animals that do move to more comfortable homes may also face new predators. Or, they may have a harder time finding food. Such things could make their chances of survival far worse.

The new study is not the first to predict how climate change will affect animals. But it does give biologists some idea of where to look for — and possibly help — species that have to find a new place to live.

climate change Long-term, significant change in the climate of Earth. It can happen naturally or in response to human activities, including the burning of fossil fuels and clearing of forests.

mammal A warm-blooded, vertebrate animal with hair or fur, the secretion of milk by females for the nourishment of the young, and (typically) the birth of live young.

climate Weather conditions prevailing in an area in general or over a long period.

species A group of living organisms consisting of similar individuals.